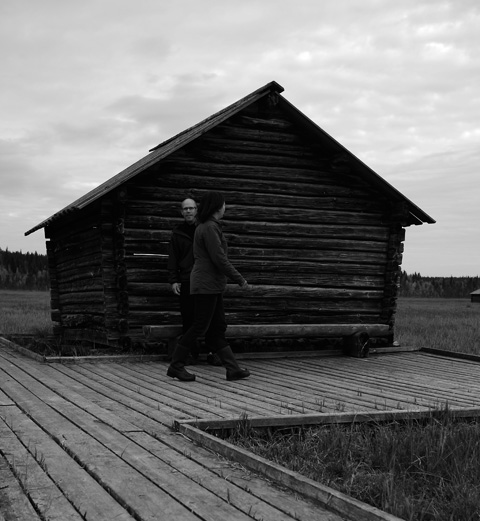 In the early 2000s, it was time for the second generation to hand over to the next. That the generation shift came amid a tough period made the third generation doubt if they actually wanted to take over or not.

- The company was a half hour from bankruptcy. All that my grandfather had fought so hard for was about to become just a memory. For me it was undignified. Me and Erik had a talk and felt at once that together we could do this, Emma says.

ERIK adds: - When it came to a head, we realized pretty quickly how much this company means to us. We are not just grown up with it, it's part of who we are. This is our heritage, which we proudly wants to manage on.

It is now more than ten years ago the third generation took over the company. To get out of the crisis that prevailed, they realized that they needed to make some big changes. Because of the efforts of recent years, which been focused on the tannery, the shoe shop had been suffering. They therefore decided to split the business into two separate companies - Kero Leather (tannery) and Kero Sales (shoemaker), where Emma and Erik were managing Kero sales. It quickly turned out to be a wise decision for both the shoemaker and tannery that received a major boost.

- It was the development potential I saw that made me dare to take over. During the last five years the company’s marketing had a rather low priority. We therefore chose to do something about it and involved outside expertise. For us it was helpful to do so, says Emma.

Today the workforce at Kero Sales equivalent of six full-time employees that manufactures thousands of couples beak shoes each year. Since 2005, sales have almost doubled, but Keros goal has never been to become large.

- Our focus has always been to deliver quality. We can not expand too much, partly because our raw materials is limited, but also because it takes time to get the staff in production. It is an advanced craft that must grow, in order to deliver the quality that we require. For us the work rather is focused on getting profitability in what we do, Emma says.

ERIK fills in: - At Keros we develop together. We help each other and learn from each other's strengths. It is an advantage of being a small company.